Improve Warabi as a team and make Chika Kirishima notice her efforts.

Midori is shown to be caring towards Sumire and she is definitely relentless when she lost the last match against her in middle school. She even suggests that they go to the same school together so that Sumire doesn't play alone. She is competitive when playing soccer.

When Soshizaki was little, she saw Naoko's interview on television. She became inspired by her. Soshizaki went on to play football in Todakita Middle School with Chika.

Midori works with Sumire Suou to help improve Warabi Seinan High School's team. She was placed as the number 3 middle school soccer player in Japan, and plays the left fullback position and the defensive midfielder position.

She participates in the practice match against Kunogi Academy High School. She comes up with a plan to earn money for new kits which was the idea to enter a futsal tournament. She enters the tournament with Nozomi, Sawa, Sumire, and two members of Kunogi Academy.

She performs well during the three matches of the Saitama preliminaries. After the match against Urawa, Soshizaki runs into Chika, Tenma, and Adatara at the Animate store. Outside, she tells Chika why she didn't go to Urawa. It's because she agrees with Onda's argument that there should be more than one good team. She also wants to try building a team herself.

Midori is known for her short and long passes.

During a practice match with Warabi, she changed her mind and was glad that she chose Sumire over Urawa. 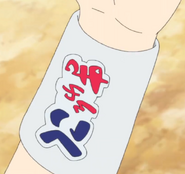 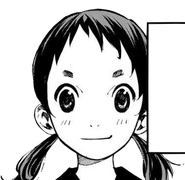